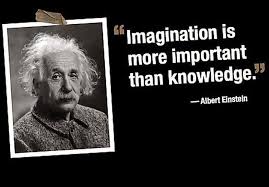 Our Western culture in particular has glorified thinking, reasoning, and intellectual attainment to the total dismissal of the higher state of intuition. Now it is time to reverse this conclusion.

It is well known that the great scientist, Marie Curie, who first understood atomic energy, received the formula she sought in a dream. After days of frustrated effort and coming up dry she finally yielded to fatigue and went to bed. During the night, she woke up with a dream wherein the formula she sought was presented. She was alert enough to write down the formula and then fell back to sleep.

In the morning, she looked at her note pad and saw the formula. She checked it out in her laboratory and discovered that it was the exact formula she needed, the answer to her quest to understand atomic energy. Her success came as a result of pushing aside her reasoning mind to make space for her intuition to speak to her in a dream.

The great scientist, Albert Einstein, was well aware of intuition and used it effectively in his work as well. He said, Imagination is more important than knowledge. Knowledge is limited. Imagination encircles the world. He used his imagination as he rode a light beam into space.

It was his use of imagination that led him to understand the law of relativity. It came to him intuitively. He let intuition lead the way. He followed this knowing with logic (intellect) to create his formulas. He understood that the higher cannot be reduced to the lower, and so he aspired to the highest levels of intuition to draw into his awareness the answers he sought. And you can do that too!

Activity: Every day give yourself an hour for quiet reflection or meditation. Keep a notebook handy as ideas flow. Or, take a drive in the country and enjoy nature. Let it open your mind to inner calmness. Breath freely. Daily practices of quietness, will yield a new mindset and ultimately bring you the stability and stillness you need to let your imagination soar and your intuition speak.