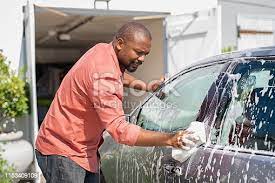 A New Model to Save Marriages and How to Live It Best-selling author, Don Miguel Ruiz, in his dissertation on Toltec Prophecies speaks of the dawning of a new age, which we are currently experiencing. This new time is to be an antidote to the last fifty years when there has almost been a death to marriage. It is a time of cleansing and releasing old, emotional wounds and fear relative to relationships.

In this new period the conflict around respecting each other’s dreams will dissipate and conditional love (which really isn’t love) will be discharged. People will recover their sense of responsibility and compassion which will allow both partners to express as 100% him or herself.

In reading the prophecies, it seemed to me like Ruiz was describing a new rhythmic flow where old outdated, traditional models of male-female roles are revamped and fit into current lifestyles. People are more independent and marriage as an institution, has gone through a structural change to keep up with the requirements of the times.

Recently, at a car-wash, I met a man who exemplified this new living model. Gyasi brought his kids along as he drove his wife’s car in to be cleaned. He told me that it was his idea to do this. I was curious and wanted to learn more so he told me his story.

During the pandemic, Gyasi had an epiphany. I love epiphanies so I dug in to listen. He and his wife were both working from home, and he was feeling overwhelmed with his work. At the same time he kept hearing his wife speak of feeling overwhelmed with everything that needed to be done. That is when it occurred to him that he did not need her to ask him to clean up the kitchen because it was apparent to him that the kitchen needed to be cleaned. So, he got up from his work and cleaned the kitchen. Then he noticed that they were out of milk and other grocery items, so he made a list of needed groceries and trotted off to the grocery store to restock their stores.

This became a theme for him. He looked around and saw the need and he jumped in to get things done. I was impressed. It seemed that Gyasi was on to something. The other thing I found to be amazing is that he enjoyed being this person that rose to the occasion, saw what was needed, and got it done. It occurred to me that I was observing this new relationship model that Ruiz predicted. (To be fair, this idea of doing what needed to be done without prodding has been around a long time, it just hasn’t been the model most couples operate with.)

In Gyasi case, both individuals worked as equal partners participating in chores without putting the burden on one or the other. Because of their proactive stance, the typical resentment, blame, and angst that tend to chip away at relationships and destroy love was eliminated. So instead of trying to make old traditional patterns work in a new life situation, Gyasi and his wife, Teka-Ann, created a prototype that lifts partnership and co-parenting to a happier place.

I congratulated Gyasi for his epiphany, his follow through, and general thoughtfulness, and deemed him husband of the year (or at least the month). At that he bounced up, kids in hand, and went to get his wife’s brand-new clean car.

I believe the key to living in this model is to look beyond yourself and see what is needed in a global sense. Instead of assigning male-female roles, we might look at the bigger picture and recognize the needs of the moment. And no one is keeping tabs, judging, or complaining. Just jump in and help. “We both live in this house with these children. What is going on; who needs what; and how can I contribute?”

Perhaps this is the question to ask yourself. Do you ask yourself this question? If not, why not?

Jean Walters is a transformational coach for over 35 years and international best-selling author. Author of Deep Truth: Wisdom of the Masters, https://www.amazon.com/Jean-Walters/e/B00MGBVDJS?ref_=dbs_p_ebk_r00_abau_000000 website: www.spiritualtransformation.com