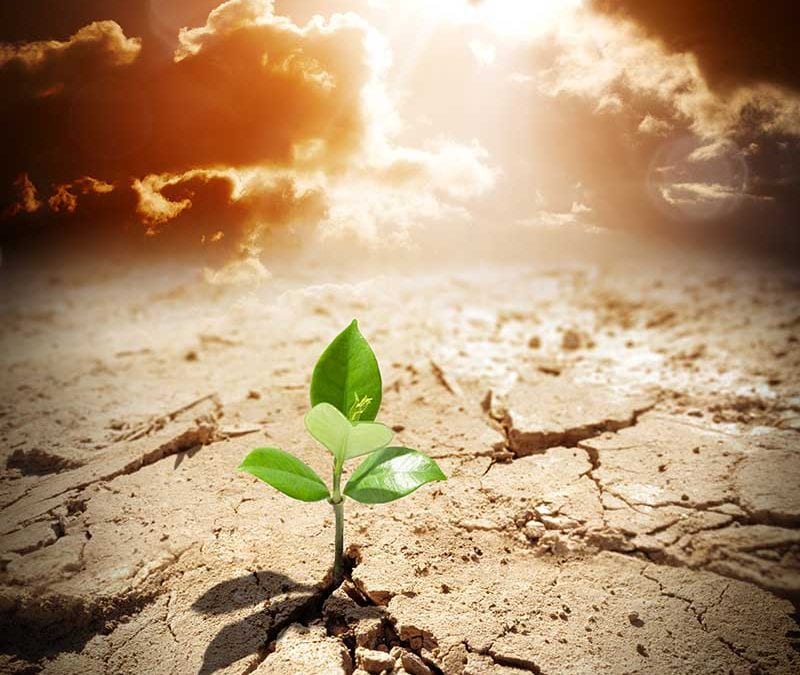 There are lots of things you cannot control – the economy, the way others think or behave, the price of eggs, the Arab-Israeli conflict, Kim Jong-Un. It would be easy to become so immersed in the number of items you cannot control that you forget what you can manage, and that would be YOU.

In a fear-based culture, there is a societal tendency to dwell on negativity... What if this happens or it doesn't work? People ruminate on negative possibilities. You might notice it if you watch the news (or even the day-time soap operas where everything is a tragedy). People really think it matters – what John said to Kimberly or why Angela is sad? Unpleasant events dominate and it becomes vogue to talk about problems, and it is easy to transfer this victim mentality to yourself - poor me. Life is hard! “Blah, blah, blah.”

Eventually with the preponderance of negativity, you get pulled down and feel lethargic, unmotivated, even depressed. Negativity results in loss of focus, movement, direction and energy BUT it doesn’t have to be that way. We have all experienced moments of loss or failure and it is the measure of a person as to how he chooses to respond to these. We can let each event that turned out differently than we planned become a terrible tragedy. We can believe that with failure, we are losers. Or, we can deal with each experience (job, relationship, strategy, interaction) as an opportunity to pick ourselves up, learn something new, and adjust with a different approach. As Helen Keller said, “Life is either a daring adventure or nothing at all.” In other words, no one comes out of the shoot knowing everything.

The truth is that life is an ongoing experiment. Take note of the people who failed in their missions before they saw any glimmer of success. Bill Gates is a prime example. Even though he is one of the richest people on earth, Gates had his share of failures. An example is his first business called, Traf-O-Data, which crashed and burned. Undaunted Gates and his partner Paul Allen moved on to form one of the most profitable companies in the history of the world – Microsoft.

Former President Harry S Truman also failed in business. He and his partner Eddie Jacobson set up a hat shop in Kansas City. America was in economic decline at the time and the business failed leaving Truman owing $20,000 to creditors. Instead of declaring bankruptcy, he paid back all the money he owed. It took more than 15 years, and it set his character as a guy who fulfills his responsibilities. Remember his famous remark, “the buck stops here.” Harry Truman was also defeated in his second term as judge in Jackson County, Missouri. Undaunted, he ran again and was elected Presiding Judge. Truman developed the reputation as a man of integrity. No doubt, the way he responded to defeat fed into that reputation.

We are all driving cars right now because of the genius of Henry Ford. His global vision was that consumerism was the key to peace. He acted on that idea by creating methods of mass production of inexpensive goods, high wages for workers, and systematically lowering costs. All of which resulted in technical and business innovations, including a franchise system for Ford dealerships. Yet, along the way, he had his failures. His Detroit Automobile Company went out of business and the Edzel car was not a market success.

Each of these people did not let loss or failure get in his way. They saw each experience as a stepping-stone to the next one and got stronger, more creative and savvy as they went along. Albert Einstein failed in his college entrance exams; Thomas Edison had numerous (thousands) of unsuccessful experiments before finally perfecting the light bulb and other inventions. In fact, Edison used his failures to construct his successes. In his mind, each “failure” illustrated what did not work so he could discover what did. It was a process of elimination.

Abraham Lincoln failed in business twice, was repeatedly defeated for public office and had a nervous breakdown. These are a few of his many challenges. All of these people failed according to the facts. Yet, if you were to focus on the things that didn’t work, you would never guess their impact on the world, which was far-reaching and profound. They literally changed we the way we live our lives. Gates, Einstein, Edison, Lincoln, Ford, and, all successful people, refuse to pay attention to their failures, other than learn from them. They marched to the tune of their own drummer and lived their lives accordingly. They refused to let failure define or stop them.

The thing that holds people back is “what they think they aren’t.” (I’m not smart, inventive, social, graceful, clever, witty, etcetera.) Turn this around and you can decide what you are and you thereby convert negative, static energy into forward thrust (movement and power). It can sound like this: “I am determined, persevering, forward thinking, good at math, science, conversation, polo,” etcetera.

To bring your energy up, you must agree to a positive self-image. This is how you tap into your source of inspiration and motivation. Motivation comes from within, not from external people or sources. It is a force that moves you to action. Your belief about yourself is the starting point. If you believe you can achieve despite drawbacks and obstacles, you can. If you are sure that you cannot make it, you are also right. Your decisions and self-view profoundly influence the outcome of your life. You can base your decisions on past failures, or on what you want to happen next and focus on the steps required to bring that result into being. Either way, you are in control.

What you control is yourself – your vision, determination, and desire. Take command and alter your destiny. Then no matter how many times you fall down, you will move keep getting up and eventually hit your mark. The edict, per Henry Ford is, “if you think you can, you can and if you think you can’t, you can’t. Either way you are right.”

Benjamin Disraeli stated it this way “The secret of success is constancy of purpose” and Audre Lorde stated, “When I dare to be powerful – to use my strength in the service of my vision, then it becomes less and less important whether I am afraid.”

Psychologist, Dr. Wayne Dyer stated it this way, “Failure is an illusion. No one ever fails at anything. Everything you do produces a result.” His idea is that if someone throws you a ball and you drop it, you did not fail. Instead, you say, “throw it again.” Soon you are catching the ball. You make failure illusions real by identifying with them. If you decide, “I will never be able to catch the ball. I am a failure at catching the ball.” Then you are a failure.

Fear makes the illusion real. Fear can be eliminated by love. You can love the opportunity to learn how to catch the ball; how to write a letter; how to bake a cake, fix a car, or run a business. You can love the opportunity to be whatever it is that you want to be. Just keep practicing at catching the ball. “Fear knocked at the door. Love answered and no one was there.” Ancient wisdom

Jean Walters is a Personal Growth Consultant helping people work through blocks and develop their own success strategy.  You can reach her at 314 991 8439 or 314 566 5231 jean@spiritualtransformation.com